Exploration licence E51/1832 (TAR 100%) is located 30km southeast of the regional centre of Meekatharra in the Murchison region of Western Australia (Figure 1).  The Company undertook an auger drilling geochemical sampling program at Yagahong North to follow up on historic exploration and activity in the region and an interpretation of aeromagnetic data used to prepare an updated geological model.

The sampling program was undertaken on a wide spaced grid (sample spacing of 80m and 500m between grid lines) and samples were analysed for gold and base metals. Low level gold anomalism (peak value 44ppb Au) and anomalous gold values that are potentially related to structures identified in the magnetic data are shown in Figure 2. The tenement area is covered by alluvial sheetwash and “hardpan” transported cover that masks the bedrock geology and is interpreted to have muted the geochemical response.  In addition to the gold anomalism, a zone of coincident nickel, copper and cobalt anomalism has been defined in the north-west portion of the sampled area.  Anomalous nickel is shown in Figure 3. The new zone remains open to the west and south and again is interpreted to relate to bedrock geological features.

Following the encouraging results, the Company plans to extend the auger sampling programme to the western boundary to ensure complete coverage of the source of the coincident Au, Ni, Co and Cu anomalies identified in this initial auger sampling programme. The programme will also be extended to the south to cover the dominant magnetic feature in the south and additional interpreted structural targets. 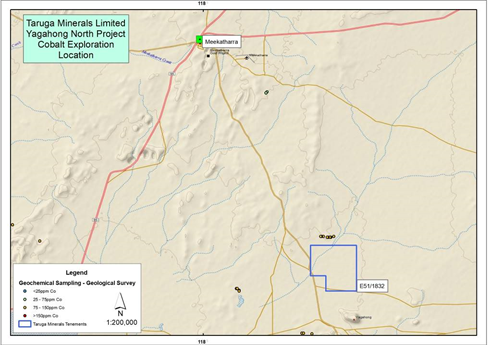 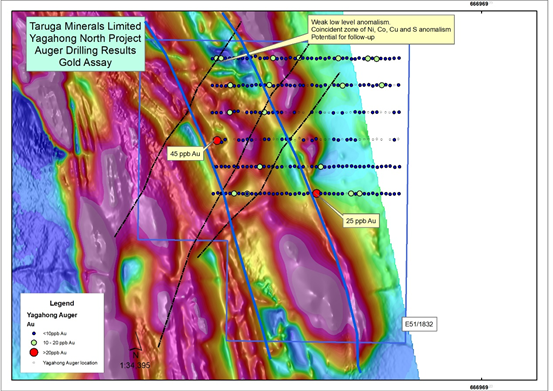 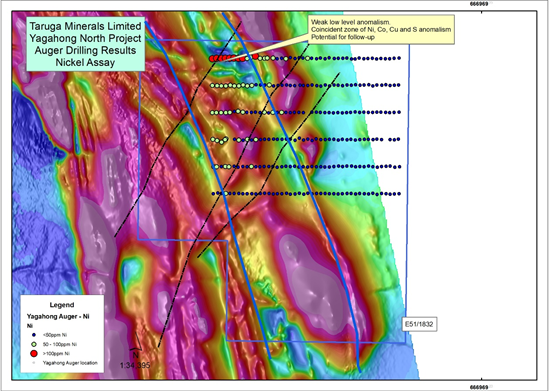