The Torrens Iron-Oxide-Copper-Gold (IOCG) Project (EL6437), as part of its 100% option agreement with Strikeline Resources Pty Ltd. The Project borders the Flinders IOCG Project to the north of Flinders and is situated within the G2 Structural corridor which hosts the nearby Olympic Dam and Carrapateena IOCGs.

Strong magnetic and gravity anomalies have been identified at Torrens, which have had limited or no drilling. The magnetic anomalies at Torrens, which are currently being reprocessed, are similar to those at Flinders to the south where significant grades of copper and gold mineralisation have been reported from surface exposures. Historic drilling at Torrens has intersected anomalous copper, gold and precious metals across several metres in various drill holes, often associated with altered breccias similar to those which host IOCG-style mineralisation identified at the Flinders Project. Taruga is in process of assessing the integrity of the drilling data including quality control procedures and assay methods. 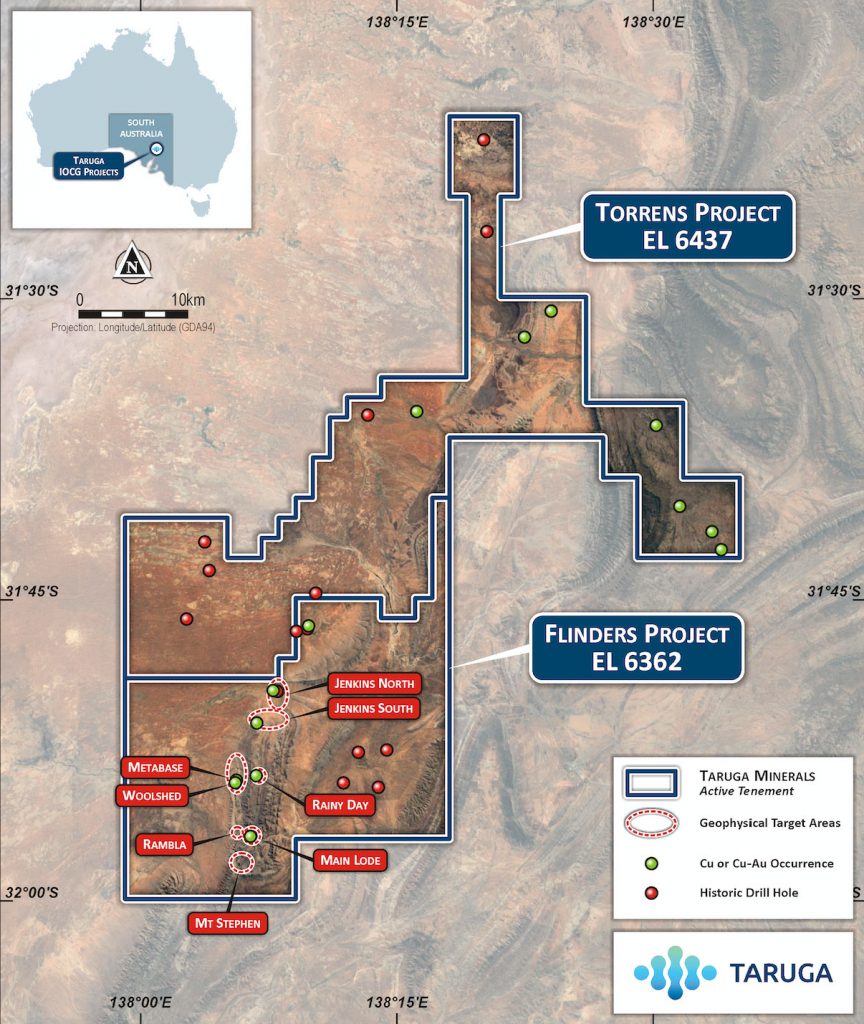